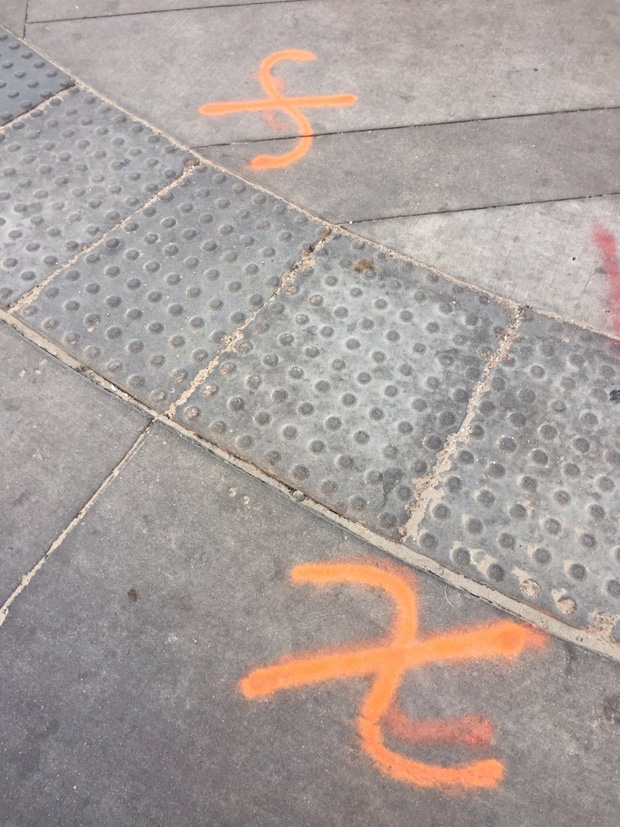 LAS VEGAS, March 20 – Upendra Singh, Raelian Guide and director for the ProSwastika Alliance, said today that the group is denouncing entertainer Sarah Silverman’s denigration of the swastika, a symbol Singh said is “revered by millions worldwide.”

Singh said that according to Sputnik News, Silverman tweeted the following message on February 12:
“Walking to get coffee saw these all over a sidewalk in the town I'm in. Is this an attempt at swastikas? Do neo nazis not have google?”

“After getting backlash to her comment, Silverman later realized that what she had seen were construction marks,” Singh said. “But she hasn’t apologized for associating the swastika symbol with hate.”

He explained that the vast majority of people in the West are unaware of the symbol’s ancient, positive meaning of harmony and good will, associating it only with Hitler and the Nazi Party.

“Hitler tarnished the swastika’s reputation by unjustly using it for his own evil purposes,” Singh explained. “So while Silverman’s versatile talent for addressing other social issues and taboos has been admirable, it’s clear that she remains oblivious to the true meaning of this peaceful symbol. It’s been a religious and traditional emblem of peace and well-being for thousands of years. In its pre-Nazi era use, it was never anti-Semitic or hateful.

Pre-1930s swastikas can be found in Jewish synagogues and other religious buildings as well as on cultural artifacts around the world. Disgracing the swastika is an outrageous insult to the one billion Hindus and 500 million Buddhists who revere this symbol. The swastika is actually a symbol of unification rather than hateful division, since it has only positive meanings in many cultures around the world.”
Back to category overview   Back to news overview
Older News
Newer News