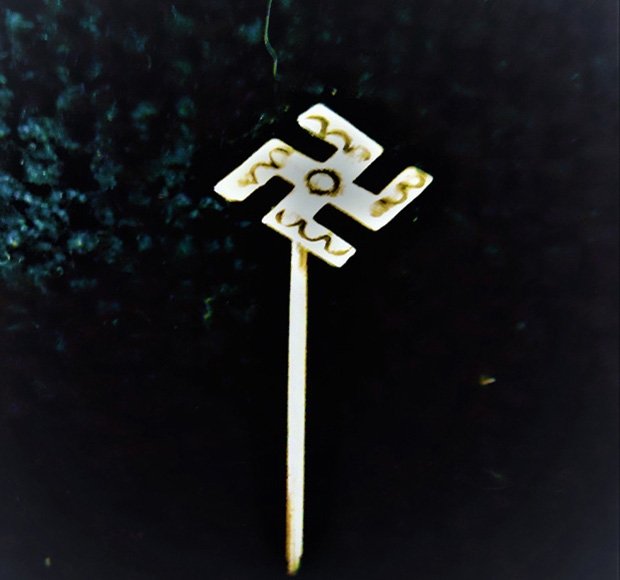 As part of the Arts and Crafts movement, this sterling silver Swastika stick pin was sold at an antique jewelry show called the "Arts and Crafts Period" in Novi, Michigan which was decorative discipline of fine arts that began in Britain and flourished in Europe and North America between 1880 and 1910. It stood for traditional craftsmanship using simple forms and often used medieval, romantic, folk, and Native American styles of decoration.
Back to category overview   Back to news overview
Older News
Newer News