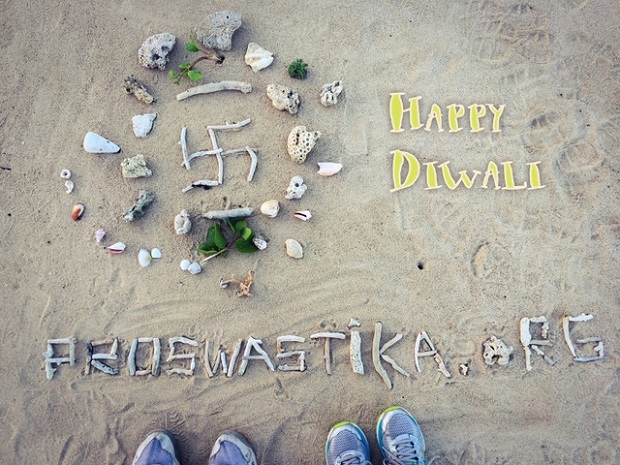 Namaste. On behalf of the Proswastika Alliance, we want to take this opportunity on this momentous Hindu festival to wish you a very “Happy Diwali!”

For the 1 billion Hindus worldwide, we stand as one in celebrating Diwali, which signifies hope over despair, light over darkness and knowledge over ignorance. Our mission is to educate the world about the true meaning of the swastika symbol, which is important to Hindus, Buddhists, Jains, Raelians and the many indigenous cultures worldwide that hold the swastika as a sacred and peaceful symbol.

Sadly, in the West, and especially here in the United States, the swastika is misunderstood, and we who revere this symbol are discriminated against. This year, a New York senator who introduced a bill to ban display of swastika is a perfect example.

Will you join hands with us in peacefully taking action to end this discrimination?

We believe it is necessary to act against the discrimination that is directed toward the many innocent people who rightfully use the swastika. We have been working diligently to become the voice of those people, many of whom are Hindus. Here are some of the many actions we have taken:

This ancient symbol is revered around the world, and has long been associated with many cultures and religions, especially Hinduism. The swastika’s reputation should no longer be unjustly tarnished by the fact that Hitler misused it. As our efforts have now gone worldwide, we feel support from the Hindu community is imperative if we are to successfully educate people and rehabilitate the swastika.

We look forward to working with you to restore the true meaning of the swastika. Will you join us?