The swastika in Germany - part 3 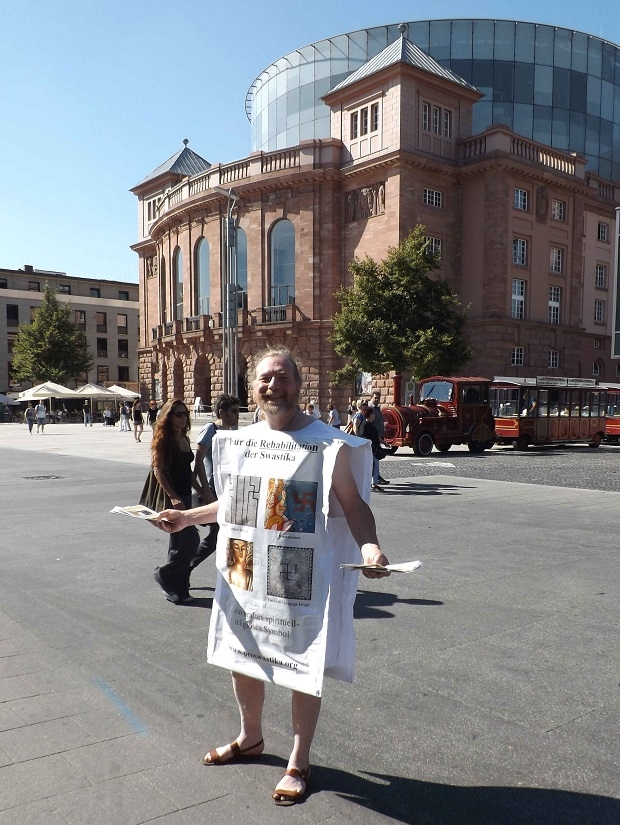 Marcel Hoffmann, leader of the Raelian Movement for Germany, toured 6 German cities in 3 days proudly displaying various swastikas on his "full body suit".
The above picture is from the city of Mainz where it all started.

He then headed to Frankfurt: 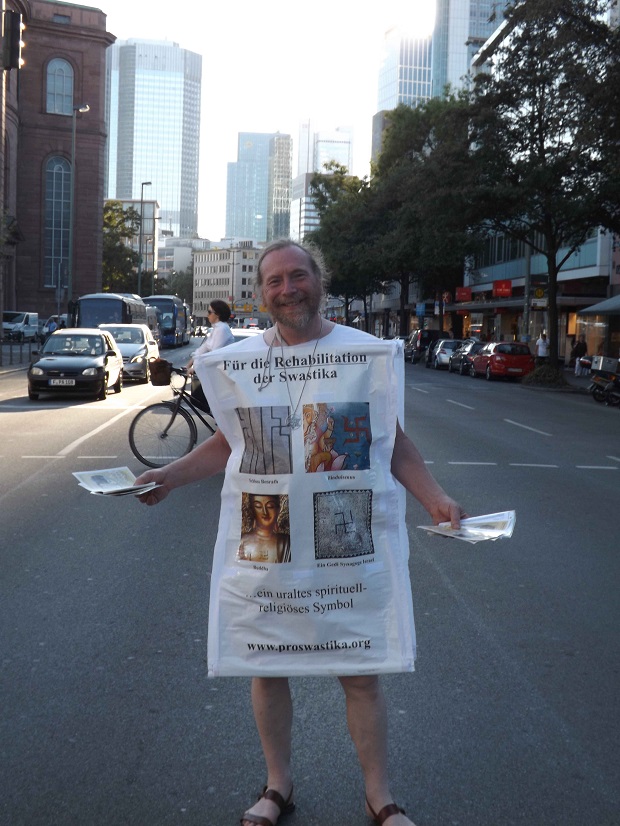 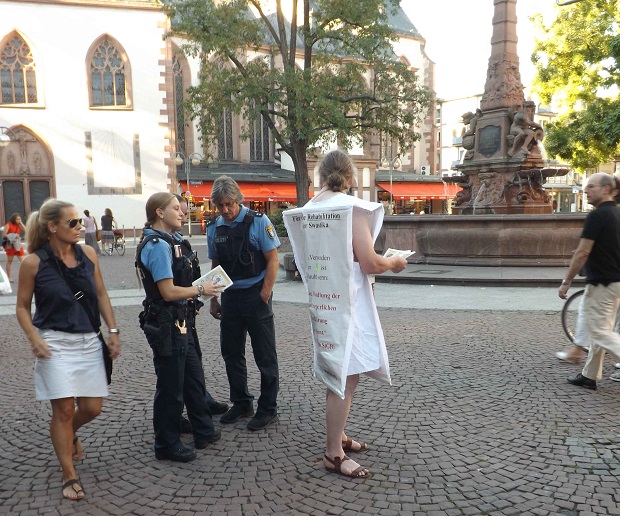 Where a team of police officers showed up but left after saying amongst themselves "he's right on that one". 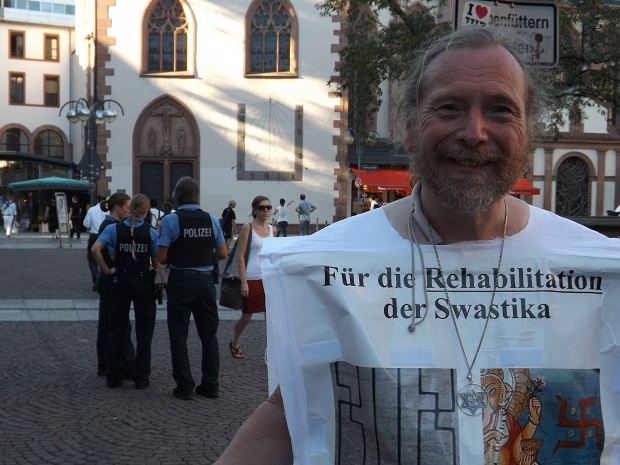 The next day the first stop was Koeln: 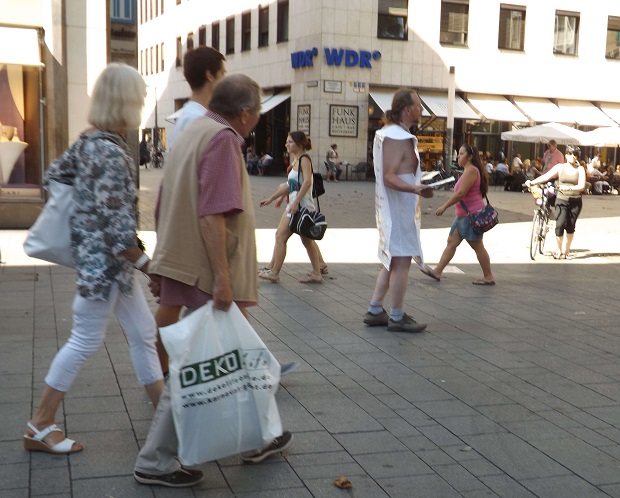 After which came Duesseldorf: 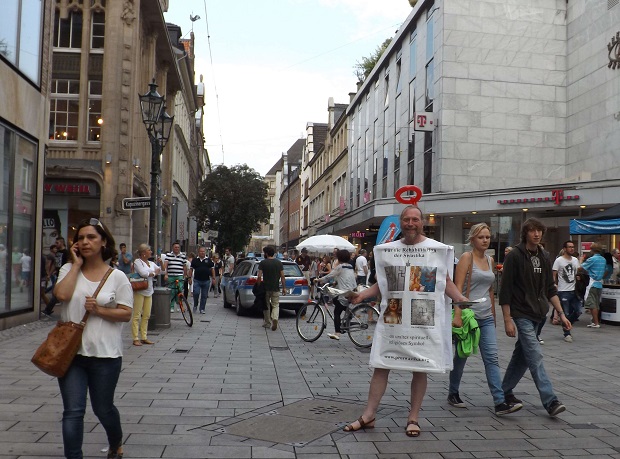 On the last day Hamburg was the first stop: 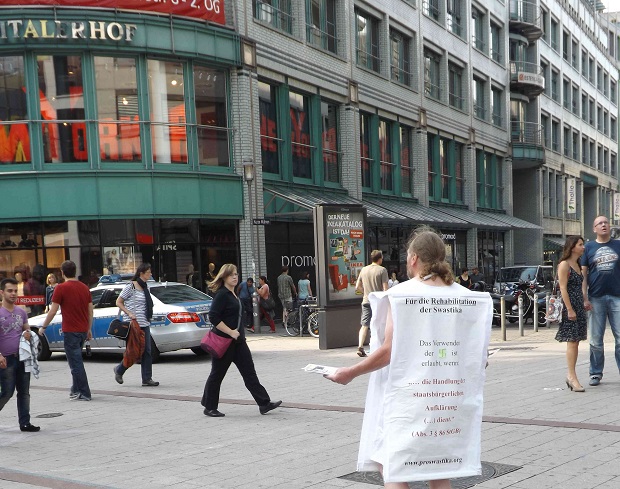 And Bremen the last city: 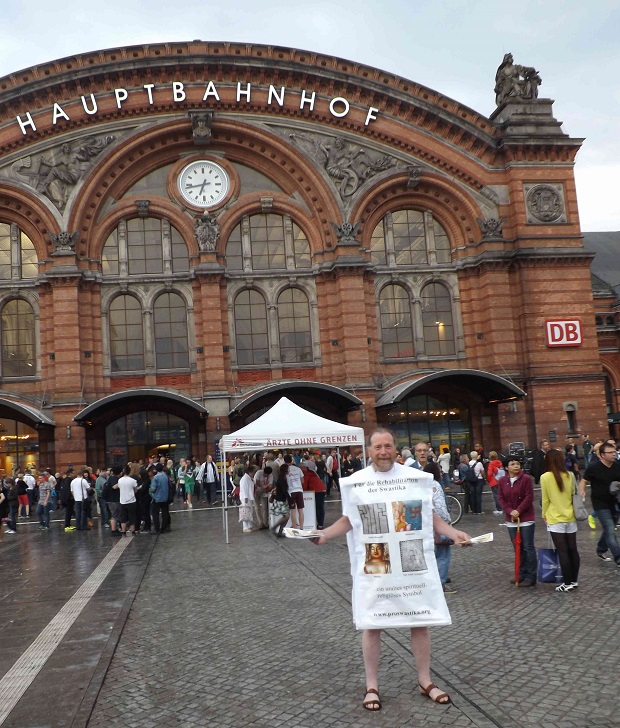 Slowly but surely German law enforcement is respecting our right to rehabilitate a symbol that has been so dear for billions of people for thousands of years!
Back to category overview   Back to news overview
Older News
Newer News