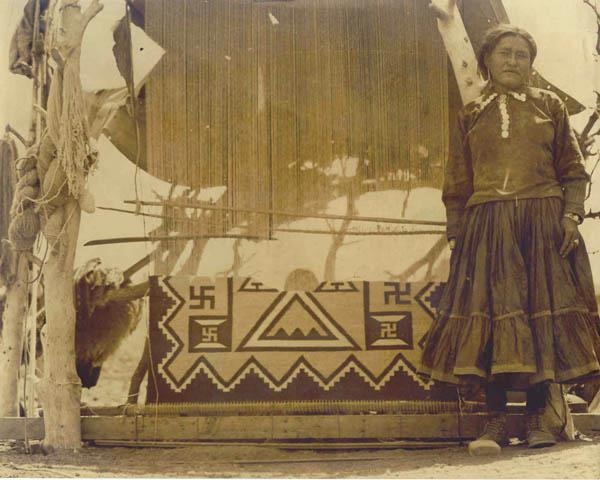 I’m contacting you regarding a symbol that is sacred for all tribes: the swastika (also known as “whirling log” (tsil no'oli'), “the wandering clans” and under many other names). This sacred symbol comes directly from those variously called “The Holy People,” “The Wakan Tanka,” “The Ones Who Live Above,” the “Tawa,” or any of the many other beautiful names given to our beloved Creators.

For Raelians for example, the swastika represents infinity in time. In other words, time has no beginning or end, and everything is cyclical. Rael, spiritual leader of the International Raelian Movement, launched Swastika Rehabilitation Day several years ago to ensure that this symbol be given back its beautiful original meaning that so many cultures throughout the world have embraced positively and used for thousands of years.

"Because the above ornament, which has been a symbol of friendship among our forefathers for many centuries, has been desecrated recently by another nation of peoples, therefore it is resolved that henceforth, from this date on and forevermore, our tribes renounce the use of the emblem commonly known today as the swastika . . . on our blankets, baskets, art objects, sand paintings and clothing." 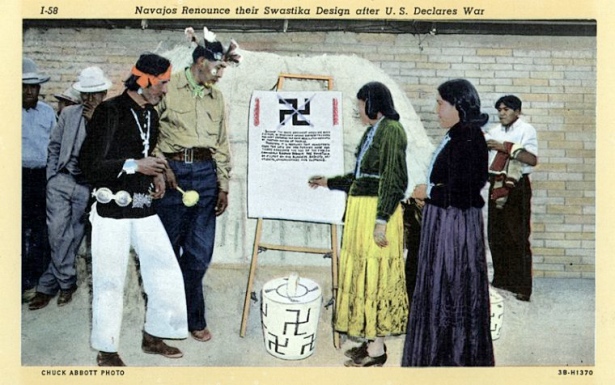 Hitler’s actions were certainly those of a monster, and he seriously abused this sacred symbol that had been honored and revered for thousands of years. But abusing something good doesn’t make it bad! By associating the swastika primarily with the Nazis, we only give credit to the horrors of Hitler’s regime. What we should do instead is emphasize the original true and beautiful meaning of the symbol, and encourage people worldwide display it proudly in their rituals, arts and crafts and elsewhere. With this full rehabilitation, it can again convey its ancient message of good will and prosperity.

Some tribes disavowed the beautiful swastika symbol because of events totally unrelated to them. But after white men brutally colonized the world in the name of the cross, killing tens of millions, almost no one has renounced that symbol.

The swastika has been shunned while the cross is still widely esteemed. Isn't this a sign of spiritual colonization?

The worst colonization is always the spiritual one. It destroys the very identity of the people and diminishes their self-esteem by making them feel inferior. We, the members of the ProSwastika Alliance, deeply hope that the all tribes fully reclaim their spirituality, which among other things means using each of the magnificent symbols that have been part of their culture for thousands of years.

The Sky People will soon return, but no one can claim to recognize them without first recognizing their symbols. So the time to fully rehabilitate the swastika has begun. I hope you will all join us for Swastika Rehabilitation Day on Saturday, July 20. Events commemorating this special day will be held worldwide.

May this letter find you in good health and enjoying much happiness!

With great respect and fraternity,